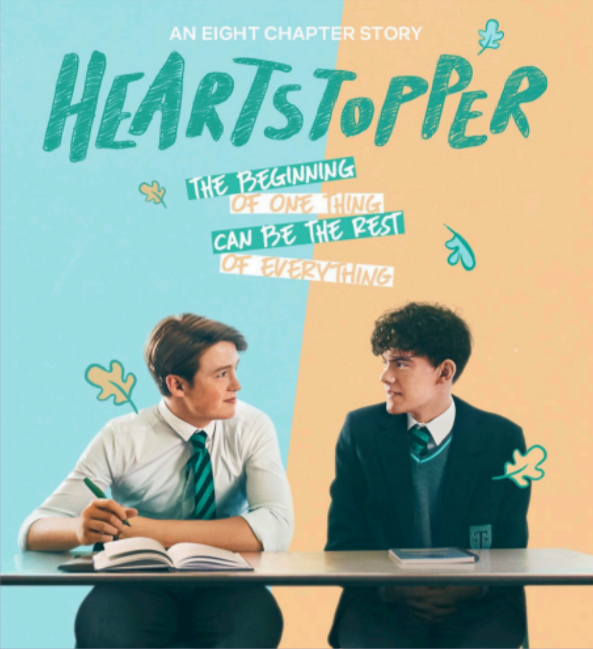 A masterful adaptation of a creator ́s work is what makes something incredible. This is true for Netflixʼs new show, Heartstopper.

Released on April 22, Heartstopper features 8 episodes based on volumes 1 and 2 of creator Alice Osemanʼs comics of the same title. Oseman published a tie-in edition of volume 1 of the comic on April 28, which includes the co-stars on the cover and extracts from the television script.

Heartstopper follows British teenager Charlie Spring, who is openly gay. At the beginning of the series, Charlie is recovering from a year of severe bullying while in a secret relationship with Ben Hope, a closeted boy. When Charlie meets star rugby player Nick Nelson, the pair form a friendship that quickly blossoms into romance. The series also follows Tao Xu and Issac Henderson, Charlie´s friends. Elle Argent, Darcy Olsson and Tara Jones who attend the girls ́ school also play an important role in the series.

The actors are close in age to their characters, which is refreshing for a Netflix show and the show has a diverse cast and characters. Nick is bisexual, Charlie ́s sister, Tori, is asexual, Tara and Darcy are lesbians, Elle is a transgender girl played by a transgender actress and Issac is aromantic and asexual. Many members of the cast identify as LGBTQ+, just like their characters.

Heartstopper is an important show for all kids. With a 7+ age rating, kids can learn more about their identities and accept themselves when they see different sexualities represented on-screen. It is a story that covers the struggles of growing up queer, but it also celebrates acceptance and queer joy.

Oseman created a show that is true to the comics. As a fan of the comics, I appreciate that each character acts, dresses and looks like they jumped right from the pages. Small illustrations, such as lightning bolts and the iconic Heartstopper leaves, can be seen in many scenes.

The soundtrack for Heartstopper also adds dimension to each scene. Baby Queen wrote “Colors of You” specifically for the show. Other artists featured include Girl in Red, Orla Gartland and Shura. The lyrics of these songs provide insight into the characters’ emotions and set the tone for pivotal moments.

Heartstopper is proof that when a creator is involved with an adaptation of their work, their passion and care comes across on-screen. I hope that the show will bring a new era of inclusivity to Netflix.