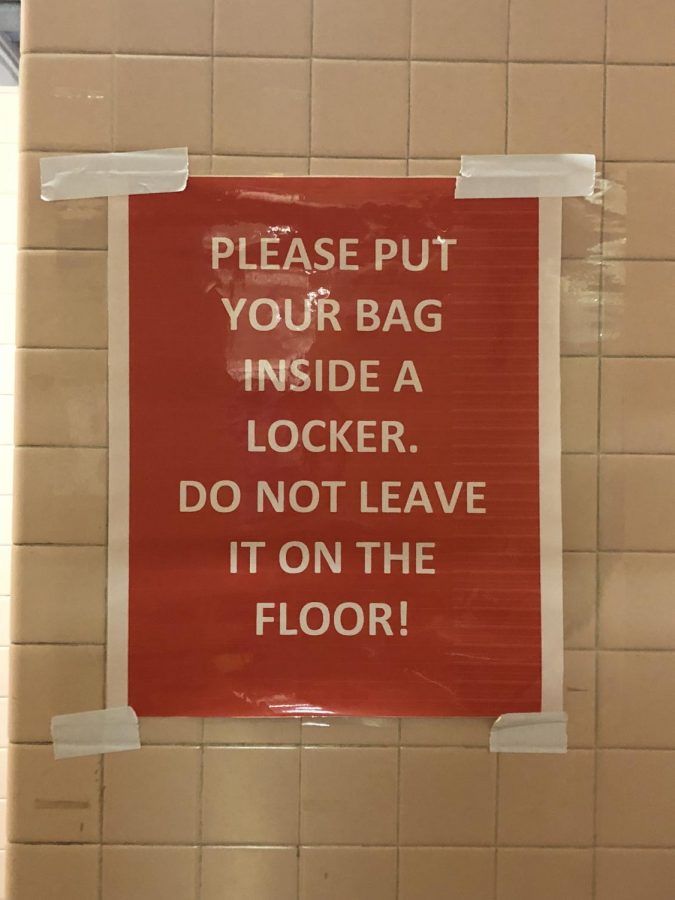 It was Monday morning and senior Julia Romano had just finished working out in the WHS fitness center. She walks into the locker room to quickly change to get to her next class on time. However, when she goes to her row of lockers, she finds an empty space where her backpack once was.“I left my backpack on the floor which I have done for the past three years,” said Romano. “I get back from gym class to see that my backpack is gone.”

Romano is one of the several students who have received a detention for leaving their backpacks on the floor of the locker room during gym class.

Although leaving backpacks on the ground was allowed in the past, this year there is a strict enforcement on backpacks being put in lockers instead. Backpacks left on the ground are now being taken into the Physical Education office.

This new policy is mainly due to two reasons: the growing WHS population and the new lockers designed to fit backpacks that were installed in the girls’ locker room over the summer.

“There had to be some kind of compromise of the style of locker and keeping the numbers appropriate,” said Athletic Director Sandra Mamary. “Ms. Torok and I met with the locker company representative several times. We designed the style that are in there.”

The new lockers were put in for a number of reasons, but mostly for safety.

“If we are in a lockdown and all of the girls need to go into the locker room and they’re tripping over backpacks, that’s not safe,” said Mamary. “They can get hurt.”

Another motive for getting new lockers was to reduce theft.

Both Mamary and Physical Education Teacher Beverly Torok agree that the simple act of placing one’s belongings in a locker removes the bags from wandering eyes and reduces the likelihood of theft. If the students lock their lockers, then theft will be prevented altogether.

Although there is controversy over students receiving detentions, Torok feels that the students were given enough warning to put their bags in lockers before detentions were handed out.

Torok described the countless ways in which the students were told to put their bags in their locker- including the powerpoint on the first day of school, the numerous signs throughout the locker room, and the reminders by all of the gym teachers every day.

If the students begin utilizing the new lockers, then they will not receive the detentions.

“The kids need to pay attention,” said Mamary. “They have been told so many different ways to get their backpacks off the floor. Nobody wants to give detentions, but you have to pay attention.”