A Hi’s Eye exclusive interview with the Congressman-Elect 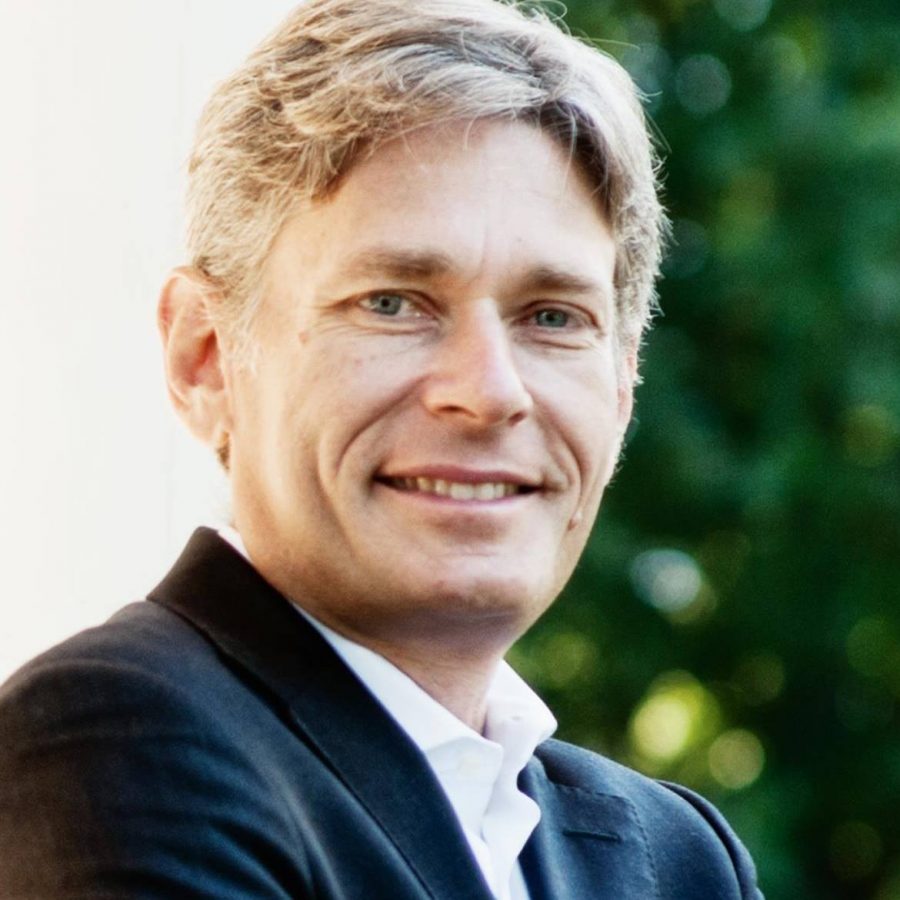 Tom Malinowski stood in the ring, poised to fight. The future of his career was at stake; he could not afford to lose this match.

But this was not a boxing match—the ring he occupied was the midterm campaign trail. And his opponent was not Mike Tyson or Rocky Balboa, but Leonard Lance—the five-term Republican incumbent and self-proclaimed moderate, in for the political fight of his life.

These men would not spar in jabs or uppercuts, but in policy proposals and rhetoric. Their fight over New Jersey’s 7th congressional seat was one of the closest in the country—a toss-up—and both were quick to call out the other’s flaws.

“He’s been rated the fifth least effective member of Congress, and I think we see exactly why,” Malinowski said of Lance in their NJTV debate.

“He’s a complete and total carpetbagger,” Lance said of Malinowski.

But on the night of Nov. 6 the winner of the match was announced: Malinowski had turned the 7th district blue, the first time since 1975. At his election night party in Berkeley Heights, he stood on stage behind a podium to thank close to one thousand cheering supporters. But he knew winning was just a small step in his new path as a Congressman.

“The hard work begins in January when I’m sworn in,” Malinowski said in a phone interview. “That’s what I’m looking forward to the most.”

Born in communist Poland but raised in Princeton, Malinowski is a political hybrid of local matters with an international background. He promises to fix local infrastructure, and has written bold articles, such as “How to Take Down Kim Jong Un” featured in Politico. He talks to his constituents at coffee houses but has also visited Burma to restore democratic institutions. These international experiences have molded his political views: He sees America as a global role model.

“People across the world look to America to be an example of democracy and decency and respect for human rights and rule of law,” he told Hi’s Eye. “We need to be all those things for our own sake, but also to help others.”

As Malinowski heads to the Hill in January, he expects a “busy legislative session” to keep America as that international role model. And while it is his first time in a publicly elected office, he is no stranger to the Capitol. A former lobbyist for Human Rights Watch and Assistant Secretary of State for Democracy, Human Rights and Labor under Obama, Malinowski has worked alongside politicians for years.

He describes himself as “a lifelong human rights activist,” and his track record proves it. Working with John McCain towards legislation to ban torture and protecting the Yazidis, a religious minority in Iraq, from extinction by ISIS, are some of his proudest accomplishments.

His urge to run for Congress came from the need to “do something practical” after seeing the direction of the nation in the past two years. A culmination of events in 2017—the Muslim ban, efforts to dismantle the Affordable Care Act and Trump’s “praise” of white nationalists marching in Charlottesville, all pushed him to run for office.

“There were a number of things I felt were not in keeping with our values as Americans and for the state of New Jersey,” Malinowski said. “I want our country to still be the place that gave me an opportunity as a kid.”

But all politicians tout to make America a place of opportunity. With the excitement of the midterms weeks over, Malinowski must go to the Capitol with a plan to satisfy his constituents.

At the top of Malinowski’s agenda will be campaign reform: removing foreign influence from elections, weeding out corruption and keeping “dark money” out of politics.

Malinowski’s campaign itself refused to accept any corporate Political Action Committee (PAC) money. While Malinowski admitted campaign ethics may not be New Jersey’s primary concern, outside influence in politics can affect the issues that people do care about.

“I think the problem is that special interests are able to purchase influence [that] ordinary voters do not have,” Malinowski said. “Money that’s going to super PACS to run millions of dollars of ads in every congressional race with very little clarity about who’s actually providing that money. Ideally in the future, [it would] move to a system that provides more public financing for congressional elections.”

Malinowski also promised to vote in favor of gun safety measures, something which former Representative Lance had voted on inconsistently. Malinowski expects universal background checks to pass in the new Congress, but also strongly supports a ban on assault rifles, limitations on ammunition purchases, gun magazine sizes and red flag laws to take weapons from people with suspicious behaviors. These proposals, he hopes, will reduce gun violence and make America safer.

Because of his firm stance on gun safety, the Brady Campaign, a national organization which hopes to end gun violence in America, endorsed Malinowski. With New Jersey already having some of the strictest gun laws in the nation, Malinowski could help spread those values nationally.

“We need to prevent the horrible gun violence not only in school and bar shootings but also shootings that happen in inner cities like Chicago, Trenton or Newark,” said JP Thomas, an election specialist from the Brady Campaign who has worked in New Jersey. “Those are communities often left behind and somebody like Tom Malinowski will make sure we push legislation to protect all communities from gun violence.”

Gun safety, along with issues like climate change and corruption, were what Malinowski saw young voters were concerned with. To also please younger constituents, Malinowski proposes to relieve students of college debts. Since Congress sets student loan rates, he hopes to push for legislation giving more money in Pell Grants for college students and spreading free community college so students don’t need to rely on loans in the future.

But Malinowski isn’t only looking to make new laws. He wants to keep the president in check as well.

Seeing children taken from their parents at the border and attempts to undermine the FBI and Bob Mueller’s Russia investigation, Malinowski thinks that Congress will need to make sure America stays consistent with its values.

Locally, Malinowski will be around and wants everyone to engage in the political discussion for the next two years. He especially encourages young people to not only talk about politics, but also to vote—even if they think they don’t have the perfect politicians running. When they don’t vote, “the country becomes less fair, less prosperous, and less free,” he said.

“We’re gonna be in the community a lot and giving folks the opportunity to meet me and ask questions or raise concerns and to hold me accountable,” he said. “I certainly expect to see high school students take part in all of that.”