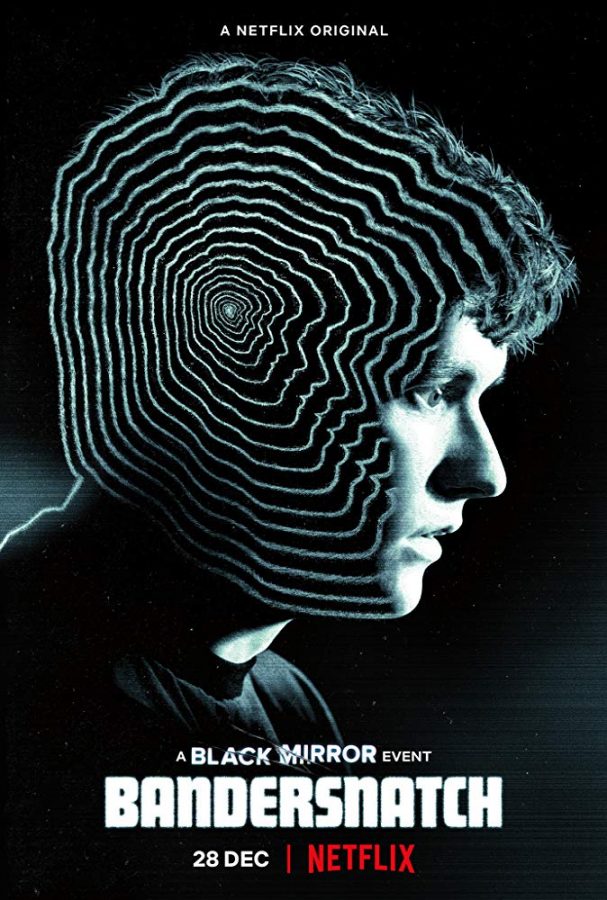 The year is 1984, and 19-year-old Stefan Butler, played by Fionn Whitehead, embarks on his quest to design a video game based off Bandersnatch, a “choose your own adventure” novel written by the town-legend murderer Jerome F. Davies, played by Jeff Minter.

What does this mean for you, the teenager in 2019, clinging to your phone or fixating your eyes on the TV screen? The answer is not for the faint-hearted and certainly not for the indecisive. It’s a “choose your own adventure” Black Mirror movie, where you decide Stefan’s fate.

Netflix has been experimenting with interactive TV shows and movies since 2017, but this piece, written by Charlie Brooker and directed by David Slade, is its most successful piece so far, according to theverge.com. The movie averages 90 minutes long, but with its five “main” endings and over a million variations of the story, the time can vary and certain endings to the story might never be discovered, according to hollywoodreporter.com.

“To me, it feels strange that I haven’t seen all of the footage because usually you can talk about TV shows and movies with your friends, and discuss your favorite scenes,” sophomore Sammy Salz said. “But, it’s possible that you won’t watch the same endings as someone else, which makes it much harder to talk about.”

The choices begin simply and seem insignificant, such as choosing between two different cereal brands or two different records to listen to. However, as Stefan’s life treks on, in the control of your hands, the decisions become more treacherous and more serious. Each time a choice is presented, the viewer is given two options and ten seconds to press one or the other before one is chosen for you.

According to theverge.com, Netflix’s stock has fallen 37 percent since July 2018, and some expect it to keep dropping as Disney+, a streaming service for Disney productions, is released and other competitors like Amazon Prime increase their share in the streaming market. Bandersnatch, however, and the technology behind it, offers many advantages to Netflix.

The program’s popularity among viewers is very apparent. “The ‘choose your own ending,’ in my opinion, is a really smart way for entertainment groups to make the viewing experience more immersive and in a way, more realistic,” senior Jeremy Cha said. “The format implemented on Netflix makes for a much longer and exciting watch.”

Aside from viewer popularity, Bandersnatch allows Netflix to advance its streaming technology even further, to give it a leg up on competition. Through the decisions we make, Bandersnatch’s format allows Netflix to gather even more data on its viewers, from information as simple as which products and music they prefer, to as broad as what viewers want out of a storyline (theverge.com).

The interactive technology also enables Netflix to extend their product placement and advertising services, as they film more footage than an average show or movie.

Using the viewer choices, Netflix will also be able to associate different products with different demographics to target specific audiences, and test product design before they are produced. These services allow Netflix to generate greater revenue from advertising companies, by offering them a wider range of services.

“I watched [Bandersnatch] multiple times because I wasn’t satisfied with the ending that I got, so I kept going back and trying all the options to see how it would impact the storyline,” junior Maddie Katz said. “I knew where I wanted the character to end up, so if it didn’t end up that way, I just started the whole thing over.”

As for your decision to watch Bandersnatch? It’s up to you. Yes, or no? The clock is ticking. Make your choice.