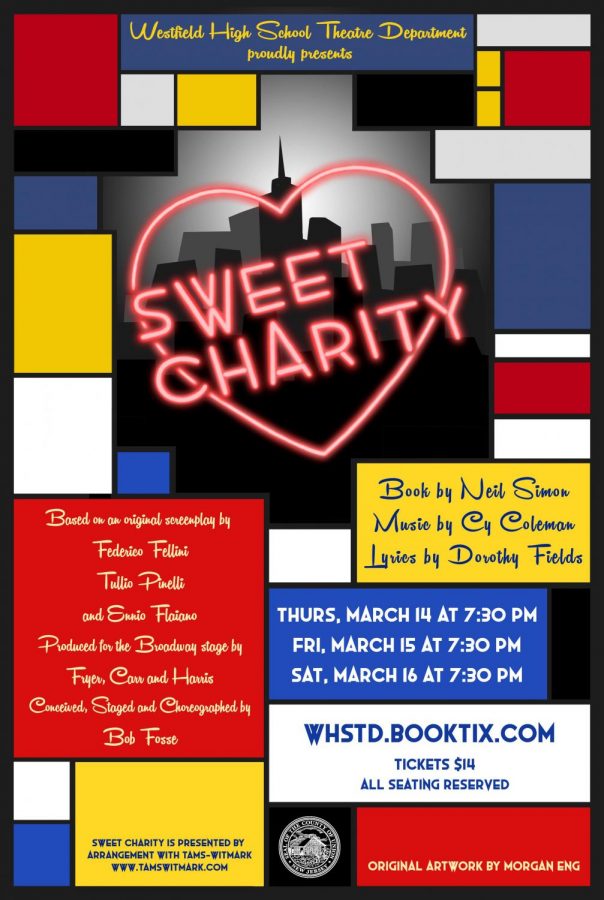 “Charity is a ball of energy that is filled with compassion and a huge desire for love,” said senior Nicole Player, who is playing Charity. “I am excited for the audience to meet her.”

As Charity ventures through the city, she meets Oscar Lindquist, played by sophomore Matthew Meixner. A timid tax accountant, he becomes Charity’s love interest by chance.

“Oscar is a nerdy, anxious guy,” Meixner said. “He meets Charity in an elevator and they learn to bring out the best in each other”

The musical differs from WHS’s previous productions, as it is lighthearted and uses humor throughout.

“It’s a romantic-comedy-musical,” Meixner said. “It’s totally different from all the things we’ve done before with darker themes.”

Neil Simon, a celebrated Broadway play- wright, originally premiered the show on Broadway in 1966. It went on to be nominated for nine Tony Awards, including best musical and received a lm adaptation in 1969. With the prestige of the WHS Theatre Department, it makes sense that they would choose such a high-profile show.

“Year after year we try to move past what was done the year before, we try to top each show we’ve done in the past,” WHS senior, Mark Johnson explained. “In such a strong department where everyone works so hard and is so dedicated for months on end, Sweet Charity is the perfect show for us to do because this is that ultimate challenge. It’s going to be a phenomenal show.”