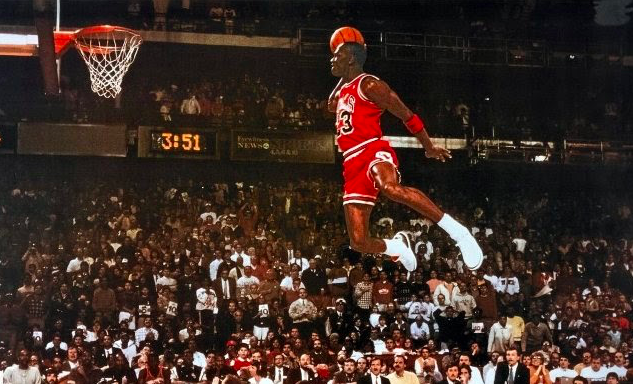 On April 20 and April 27, the sports world was mesmerized by the release of the first 4 episodes of The Last Dance, a 10-part documentary on ESPN about the final seasons of Michael Jordan’s career with the Chicago Bulls. The long-awaited documentary was announced in 2018, and was supposed to air in June of 2020, but with the sports world hungry for something to watch while in quarantine, ESPN decided to move up the release date.

The series features never-before-seen footage from Jordan and his teammates’ careers and contains interviews with former players, coaches and reporters.

The first four episodes of the documentary dive deep into the lives of other members of the 1997-98 Chicago Bulls team, namely forwards Scottie Pippen and Dennis Rodman and Head Coach Phil Jackson. The first episode was mainly focused on Jordan’s college career and early playing days, but the next three episodes focused heavily on his teammates.

The second episode shows Pippen’s rise to basketball stardom after coming from a tough background in Arkansas. The third episode, which focuses on Rodman, discusses his eccentric personality and his time playing with the Detroit Pistons in the late 1980s, the team Jordan could not beat at the beginning of his career. The fourth episode shows Jackson’s promotion to head coach, and how he was able to lead the Bulls to their first championship through the use of the “Triangle Offense.”

Some episodes have already created buzz in the media, specifically Jordan’s feud with Pistons point guard Isiah Thomas. After the Bulls defeated the Pistons to head to their first championship, the Pistons team walked off the court instead of shaking hands with the Bulls players. Jordan and his teammates were not happy about this, and when Thomas tried to give an explanation for his actions, Jordan was not hearing it. “You can show me anything you want,” Jordan said. “There’s no way you can convince me he wasn’t an asshole.”

While it didn’t air until this year, the documentary has been in the works for the past 20 years. There was a rough cut of the documentary in the late 90s, but then Jordan came out of retirement in 2001 to join the Washington Wizards.

“Boom. That just blows up our project, because now I’ve got to leave everything and hit the road again for two years and follow him again,” said the creator of the documentary, Andy Thompson, to cbssports.com. “So from 2001 to 2003, I’m on Michael’s trail again, in Washington.”

However, Jordan never made the playoffs with the Wizards. As a result, he shut down the documentary release until ultimately changing his mind in 2016.

While it took a long time to create, the final product was worth the wait. The Bulls’ final season is a captivating story and the two one hour episodes fly by quickly as you hear the perspectives of these basketball legends during their “last dance” together. It also gives sports fans an opportunity to once again feel the excitement of a game by reliving the past.