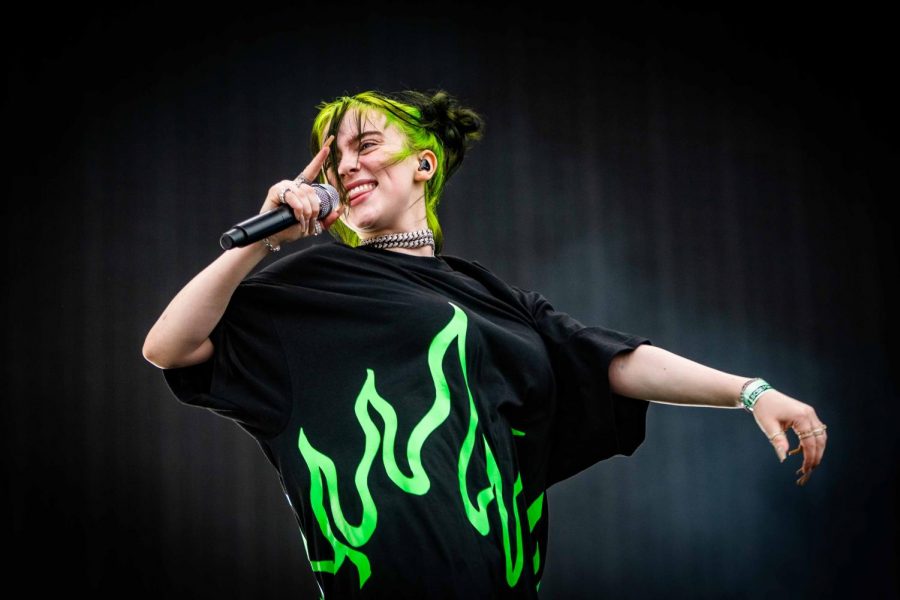 “Would you like me to be smaller? Weaker? Softer? Taller?” asked 18-year-old Singer/Songwriter Billie Eilish in her short film titled NOT MY RESPONSIBILITY. “The body I was born with, is it not what you wanted?” she continued.

This short film, released in May, perfectly encapsulates the absurdity of the backlash Ellish has recently endured for a privacy-violating paparazzi photo of her in a tightly-fitted tank top. To this increasingly prevalent group of “body shamers” and internet trolls, let Eilish’s own words hold true: the way that you perceive her body is not her responsibility. However, putting an end to widespread body shaming certainly is ours.

According to a study by nationaleatingdisorders.org, 70 percent of women ages 18-30 are dissatisfied with their own bodies, a percentage which, undoubtedly, has only increased with the presence of social media. Though many blame declining self-perception entirely on the celebrities and influencers who edit their photos to augment their figures, in reality, it’s very often the comments on these posts that do more harm than the content itself.

One comment in particular that appears quite often under these posts, which seems innocent enough in intention, is the word “perfect.” With just one simple word, commenters are not only reinforcing and heightening the beauty standard to the thousands of people who scroll past the post, but also to themselves. Each time someone writes this comment, they’re associating the word “perfect” with a particular image, which in many cases, has been professionally edited. It is our responsibility to change the narrow definition that we have sculpted of the word “perfect” to be more inclusive of people of all shapes and sizes.

Although social media is one major contributor to body image issues for young females, even traditional forms of media still hold great power over body image perception. Magazines that showcase models in bikinis with a screaming headline reading “How to get a beach body,” or before and after photos that aim to persuade the reader to try out the newest fad diet placed conveniently atop the rows of candy in the grocery checkout line directly juxtapose free, blissful living with ongoing societal pressures.

When Adele, one of the most talented singers of our generation, centered her entire Saturday Night Live monologue around her drastic weight loss and received resounding applause, she reinforced the idea to young women that weight loss is essential to securing happiness and success.

By centering a great deal of mainstream content entirely on weight loss, young women are more likely to compare themselves to those “before” pictures and feel ashamed when they don’t look like the “after,” sending them down a path that may be unhealthy for them both mentally and physically.

According to montenido.com, 75 percent of women have thoughts or behaviors attributed to disordered eating. It is our responsibility to avoid glorifying weight loss in all forms of media and do everything in our power to change this statistic.

Even if a person’s perception of beauty unconsciously aligns with current beauty standards, there is absolutely no excuse for them to impose their perception upon others and use it to shame those who don’t fit their mold. Oftentimes, body shamers will make the excuse that they are concerned about the person’s health and that their comments are an honest effort to help them, not shame them. However, only the person posting the picture has full control over, and knowledge of, their own health, so it’s not the place of body shamers to try to act as doctors. More often than not, the only thing that these “helpful” comments do is cause disordered and unhealthy thinking, which worsens the very thing that the body shamers were “trying to fix” in the first place.

Additionally, body shamers must recognize that the bodies of others weren’t made to please them and that neither the body shamers nor the person being shamed, have anything to gain from these hateful comments. It is our responsibility to avoid trying to get others to conform to our beauty standards because this pressure makes it much harder for anyone to be content in their own skin.

Over the past couple of years, Eilish has only been seen in public wearing baggy clothes to avoid the very ridicule that she was recently subjected to. Even in a time when body positivity seems to be on the upswing in mainstream culture, body shamers still have access to a variety of platforms that allow their voices to be heard louder than all of the positive ones.

Up until now, we’ve been avoiding our responsibility to hold this group accountable for upholding arbitrary beauty standards. It is our responsibility, not that of victims like Eilish, to put an end to body shaming once and for all.