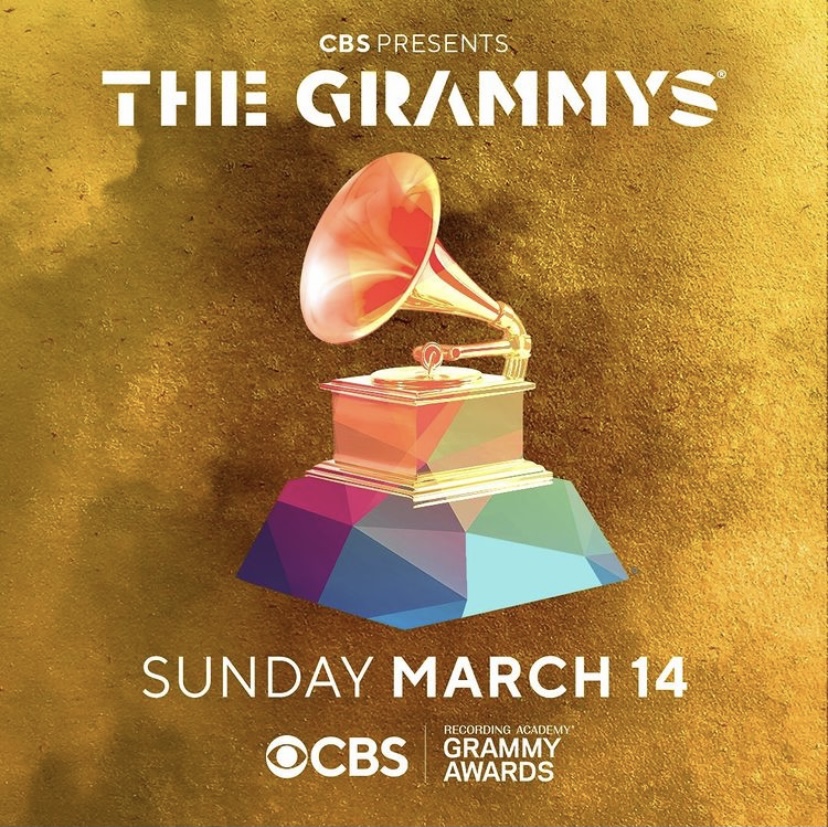 The 63rd Grammy Awards were originally scheduled for Jan. 31 but have been postponed due to COVID-19 and will now be on March 14 at the Staples Center in Los Angeles.

A joint statement from the recording academy, CBS and the Grammy Awards producer said, “The deteriorating COVID situation in Los Angeles, with hospital services being overwhelmed, ICUs having reached capacity, and new guidance from state and local governments have all led us to conclude that postponing our show was the right thing to do.”

The statement made it clear that nothing was more important than the health of the artists and hundreds of people who work hard to produce the show.

This week wasn’t the first time that the Grammy Awards made headlines. The nominations were released on Nov. 24 and it got people talking. The category for Best Rock Performance consists only of female nominees for the first time in Grammys history. The nominees are Fiona Apple, Big Thief, Phoebe Bridgers, HAIM, Brittany Howard and Grace Potter.

Additionally, the nominees for Best Country Album contains one band with a female lead and four female artists. This is revolutionary because the country genre has traditionally been considered male-dominated. “Male artists have always dominated country radio 70/30, but over the last decade, the percentages for females have dropped dramatically,” Leslie Fram, Senior Vice President of music strategy for CMT, said.

The category for Best Children’s Music Album was made up of all-white nominees, so while there seem to be advancements in gender diversity, the Grammys and the Recording Academy still lack racial diversity. According to npr.com, the artists Alastair Moock, Dog on Fleas and the Okee Dokee Brothers have turned down their nominations because of the lack of diversity. In a joint letter to the Recording Academy, these artists wrote that they, “couldn’t in good conscience benefit from a process that has historically overlooked women and artists of color.”

The Grammys have had problems with diversity for many years. The Recording Academy appointed Valeisha Butterfield Jones as Chief Diversity and Inclusion Officer to ensure diversity. However, it is still lacking and there is little transparency which is seen in these nominations.

The transparency of the nominations was brought to the attention of the public when many popular artists did not receive nominations. The Weeknd received zero nominations for his album After Hours and his single “Blinding Lights” which broke the record for Most Weeks on the Billboard Hot 100’s Top 5 according to vulture.com. The Weeknd tweeted, “The Grammys remain corrupt. You owe me, my fans, and the industry transparency.”

According to inquirer.com, “Black artists regularly win categories that are considered black music, like rap or R&B, but do less well in the ‘general field’: Album of the Year, Record of the Year, Song of the Year and Best New Artist.” In the entire history of The Grammys, only ten black artists have won Album of the Year. Black artists are more likely to be put in categories such as Best Urban Contemporary Album and often albums in this category don’t share the same genre. The only thing that these albums have in common is their Black creators.

Tyler, The Creator criticized the Grammys for this. When he won Best Rap Album for his album Igor in 2020 he said, “It sucks that whenever we, and I mean guys that look like me, do anything that’s genre-bending, they always put it in a rap or urban category.”

Even though there is still public disapproval of the Grammy nomination process and urge for change, the 2021 Grammys seem to be moving in the right direction.