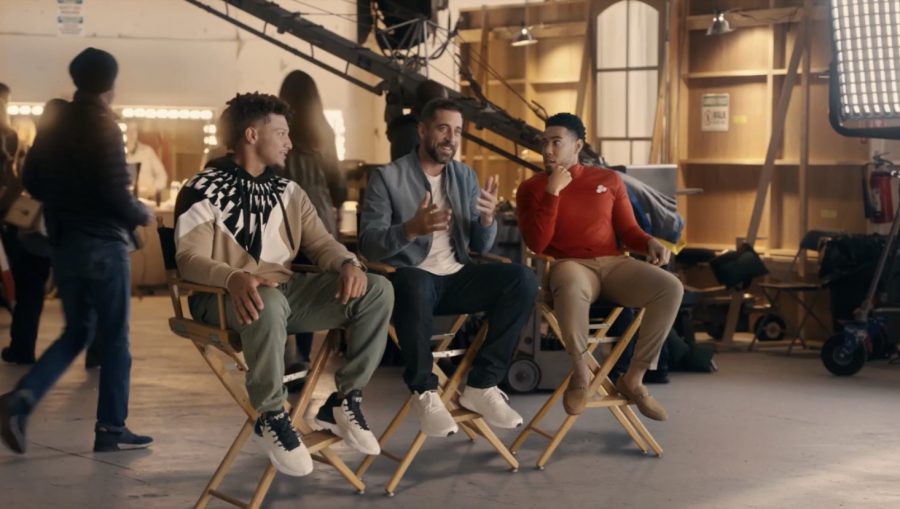 There are so many reasons to love Super Bowl Sunday. It’s all about watching your favorite players in action, eating awesome food, watching the halftime show, and, my favorite part, tuning in to the entertaining commercials.

According to Sporting News, the cost of a 30-second commercial starts at $5.6 million. This year, many companies we are used to seeing, like Coke, Pepsi and Budweiser, decided to spend their money elsewhere. While we might have missed seeing these big-name companies, it opened the field for others to take charge, and they did not disappoint.

Here are my top 10 favorite commercials this year:

2020 has definitely been “a lemon of year,” as stated in a Bud Light commercial advertising their new lemonade seltzers. It’s the apocalypse of the lemons; people run in panic as lemons drop from the sky breaking through windows, knocking a man off a bike and ruining a wedding. The commercial accurately depicts the chaos we endured in 2020, even though it may be just a bit too soon to be making jokes about what we went through.

Two words: Timothée Chalamet. The 25-year-old actor plays Edgar Scissorhands, son of Edward Scissorhands, in a Cadillac commercial also starring Winona Ryder, who played Kim Boggs in the 1990 film. In the commercial, Chalamet is seen struggling to do normal things with his scissor hands like catching a football or making a sandwich. However, he finds joy in driving via his virtual reality headset. His mom then surprises him with a Cadillac Lyric equipped with supercruise, where he is finally able to drive with ease with his scissor hands.

Welcome to the world! Huggies’ first-ever Super Bowl commercial features shots of adorable babies around the world. The ad takes a look into the perspective of a baby and the moments of growing up. And what better day to enter the world, than on Super Bowl Sunday. According to today.com, many of the newborns featured in the commercial were born just hours before it aired on TV.

Paramount had an astounding four ads featured during the Super Bowl breaks. The commercials advertised yet another streaming service to add to the list: Paramount Plus. Each commercial showcased different characters everyone knows and loves, from Snooki to Beavis and Butt-Head.

Ever needed to say sorry to someone but didn’t know the right way to do it? Well, this M&M’s commercial can show you how. The ad shows different people apologizing for their wrongdoings. For example, it shows people saying sorry for a messy gender reveal, mansplaining and for having the name Karen. They apologize by offering a bag of M&M’s. To top it all off, Schitt’s Creek Actor Dan Levy appears promising not to eat any more of the Green and Brown M&M’s friends, just for them to see a Red M&M trapped in his car.

In case you didn’t see enough of him on the field, Kansas City Chiefs Quarterback Patrick Mahomes teamed up with Green Bay Packers Quarterback Aaron Rodgers and Jake from State Farm to make a commercial about making a commercial. They discuss the importance of stand-ins, like when a quarterback gets hurt and a backup needs to sub in. Rodgers points out how his stand-in looks nothing like him, a nerdy Packers fan with a cheese hat on. Mahomes is similarly confused as his stand-in is Paul Rudd. Rapper Drake then makes an appearance as Jake’s stand-in. The ad is light-hearted and packed with familiar faces which made it fun to watch.

Amazon Alexa has a place in millions of households across the world, but how many of them have abs? Amazon has found a new body for Alexa. The ad showed a woman purchasing a new virtual assistant that comes in a different body. The woman fantasized that her Alexa was  Actor and People Magazine’s 2020 Sexiest Man Alive Michael B. Jordan. Jordan followed her around, answering her questions, like turning on the sprinklers, reading to her and dimming the lights. Although she may be in love with her new version of Alexa, her husband works to interfere with his wife’s commands. Sadly, at the end of the commercial, her fantasy vanished, but that does not take away from showing all the things Alexa can do.

GM’s star-studded commercial brings it into the top three. In the ad, Will Ferrell becomes furious that Norway sells more electric cars than the U.S. To solve this issue he calls on friends Kenan Thompson and Awkwafina to confront the Norwegians. They all end up in different places adding to the humor of the commercial. While Ferrell can easily make us laugh, the ad also informs the audience about General Motors products and their quest to beat countries, like Norway, in producing more electric cars per capita.

If you’re looking for a heartwarming ad, Toyota has got you covered. The 60-second commercial tells the story of how Paralympian Jessica Long was adopted by an American couple out of a Siberian orphanage. Through the course of the story, Long is seen swimming along open waters as her story is told. Although the ad does not feature cars, I applaud Toyota for capturing our attention and touching our hearts.

Taking the trophy was the Doritos 3-D commercial featuring Matthew McConaughey as #FlatMatthew. The ad follows McConaughey as he makes his way through the 3-D world as a 2-D version of himself. With clips of him getting knocked down from a football pass, sucked up by a Roomba and blown away walking his dog, McConaughey says “Lately I just haven’t been feeling quite like myself.” The solution to his problem you may wonder? Doritos, of course. He slips into a vending machine and eats the new Doritos 3-D. He eventually is blown back up into a 3-D person but is now squished inside the vending machine.