Astrology trends are written in the stars 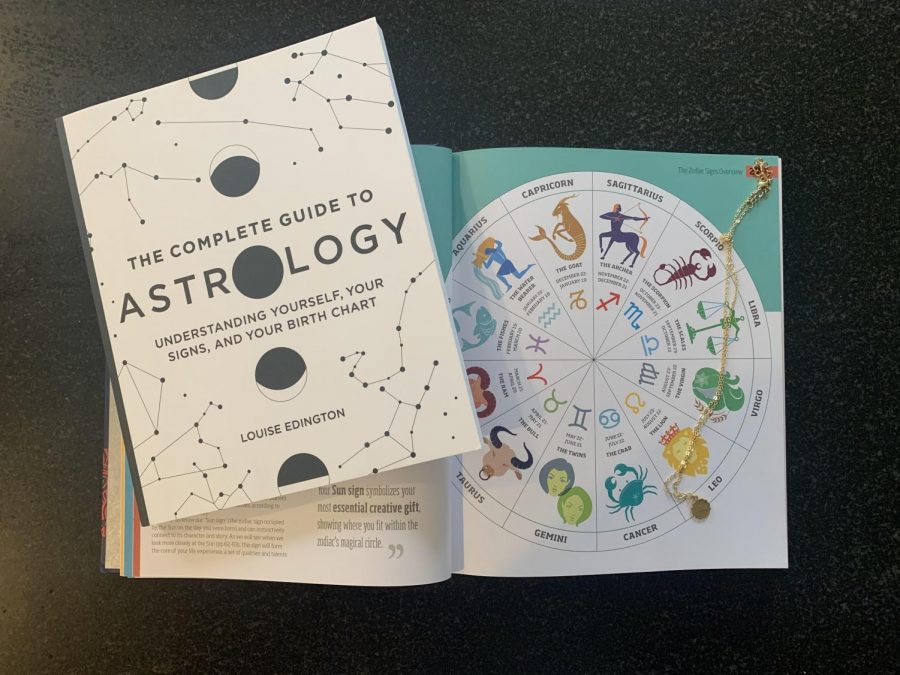 Students buy products to learn more about astrology or to show pride in their sign.

Recently, astrology has become a trend that is especially popular among students at WHS. However, this is not a new phenomenon; it has been around since the second millennium BC. The first astrology system was created by ancient Babylonians, who studied astronomy and astrology as one. They collected data on seasons, weather, tides and the constellations and told stories that connected with Gods and religion.

The scientific revolution created new boundaries between astrology and astronomy. Astrological charts follow the view of the Universe with the Earth at the center. However, modern science used new technology and a new understanding of space from the scientific revolution to find that the planets revolve around the sun, thus weakening the connection between astrology and science.

Ever since then, astrology has been less of a scientifically-backed outlook on life and is more connected with spirituality and used as a means of understanding oneself. Contemporary astrology is centered around the 12 zodiac signs that are based on the day you were born; people who fall under the same astrological sign are said to have commonalities in personality traits, physical qualities and behavior.

As astrology grows as a trend among our generation, students have mixed opinions about the practice. Some students, like WHS senior Mia Flemming, see astrology as a means of understanding themselves and others. “Reading my horoscope gives me comfort and motivation and I think astrology helps me see why certain people behave in unique ways,” said Fleming. Fleming is a Libra who reads her horoscope every day and says she identifies her friends’ astrological signs in order to see patterns among their dispositions.

On the other hand, some students who do not find validity in astrology disagree with the associations made between their personality and their sign. WHS senior, Travis Smith, is a Gemini, a sign notorious for being two-faced. Smith said, “People have judged me for being a Gemini and automatically assume I am a bad person.”

With apps like Co-Star and TimePassages, horoscopes are extremely accessible for everyone. Horoscopes are personal astrological charts based on the position of the planets during one’s birth. What the apps have in common is that they provide daily horoscopes and birth charts.

Co-Star was developed by astrologists and its main goal, according to its founder Banu Guler, is to help people. Astrology is a social tool that describes our emotional well-being and our relationships with others. TimePassages has in-depth daily horoscopes with a page where you can learn more about astrology in general and how it works. There is information on common terms, signs and more.

These apps make it simple to find out your personal birth chart and horoscope. People just need to input information like their birthday, birth time and location and their chart will be created.

Some people might have an interest in astrology that is greater than just using apps and checking social media. In our area, people interested in astrology and spirituality can visit a few local businesses. Psychic Boutique in downtown Westfield offers both psychic and tarot card readings and Astrology Unlimited in Garwood is another nearby business that offers similar services.

Astrology also has a large presence on social media right now, so it makes sense why it is trending. There are TikTok and Instagram accounts dedicated to astrology and other related topics like spirituality, crystals and tarot cards. One account, @glossy_zodiac on Instagram has daily posts regarding the zodiac signs and currently has 4.7 million followers.

Some astrology-obsessed people also take pride in their sign by wearing jewelry or clothes with astrological art or buying home decor for their astrological symbol. WHS senior and Aries, Lily Ceraso, says she plans to decorate her dorm room with a pillow showing the symbolic ram as it is a cute, trendy way to represent her personality. Astrological signs have also infiltrated the fashion industry with popular brands like Prada, Versace and Gucci releasing astrology-inspired collections.

While this popularity in astrology is recent, the trend doesn’t seem to be going anywhere soon. There is no doubt that people will continue to be interested in their horoscopes for generations to come.