NFTs are taking the digital market by storm 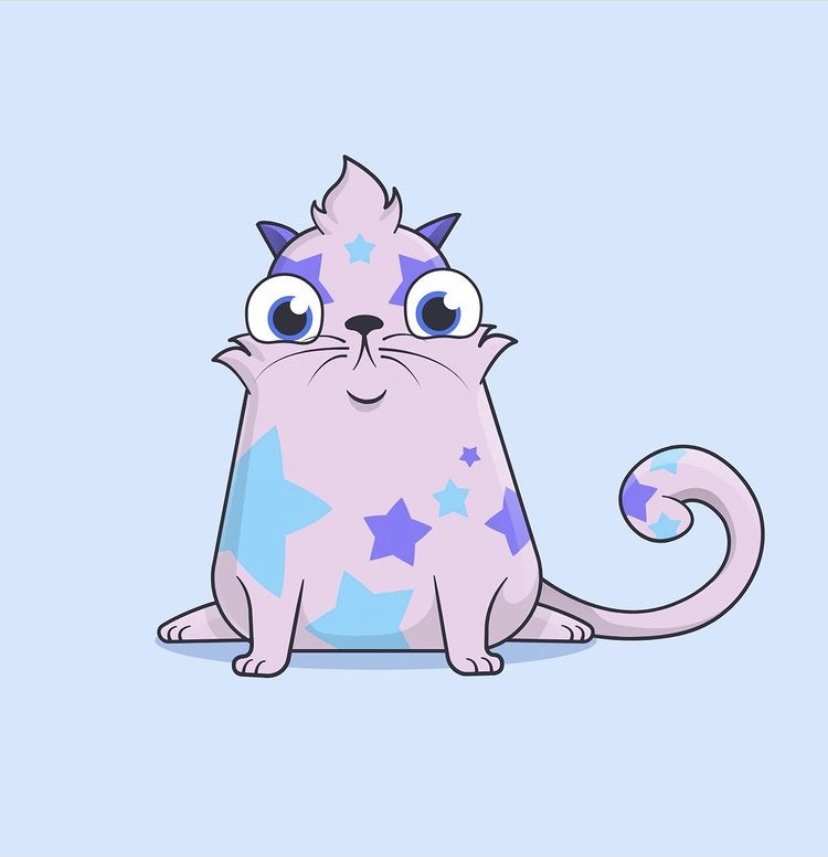 Example of a CryptoKitty

Today, almost everything is becoming digital, and new concepts are quickly emerging, one of them being non-fungible tokens. Non-fungible tokens, better known as NFTs, are digital tokens that represent a variety of one-of-a-kind assets in the digital world such as GIFs, videos and tweets. They can be bought and sold, but do not come in a tangible form.

NFTs are part of a cryptocurrency known as Ethereum blockchains that give each asset a certificate of authenticity, making every token unique and unable to be directly exchanged with another NFT. While most items online seemingly have no owner since they’re constantly being replicated and shared, the buyer of an NFT is given a token proving that they own the original token to that asset, whether it be digital art, sports cards or even a tweet. While NFTs can be copied, similar to how copies are made of original artwork, there is only one original NFT and the buyer is the only person to have ownership of the token.

People have recently paid millions for these new digital products. In February, the 2011 meme “Nyan Cat” sold for almost $600,000 in a digital auction. In early March, Twitter CEO Jack Dorsey sold the first-ever tweet as an NFT for $2.5 million to a platform called Valuables. On March 11, a JPG created by the artist Beeple sold for $69 million in an online auction. This interest in NFTs has created a new market that surpassed $250 million in 2020, a four times increase from 2019 according to forbes.com.

There are multiple marketplaces where people can purchase NFTs such as Nifty Gateway, MarkersPlace, SuperRare and Ospensea, according to esquire.com.

One of the largest crazes in the NFT market is the use of NFTs for a new kind of sports-card trading and collecting. In October, NBA Top Shops was created, a limited-edition market where people can purchase memorable NBA moments in the form of NFTs. According to globalnews.com, the $280 million market allows sports fans to have ownership of specific NBA moments which they can collect and trade with other NFT owners.

In addition to using NFTs for sports-card trading, they have also been used in creating new online games. Launched in Nov. 2017 and still gaining popularity, the first-ever Ethereum game, CryptoKitties, uses NFTs to create a digital world of trading and breeding CrytoKitties, a digital image of individual cats. Just like how NFTs are all one-of-a-kind, each CryptoKitty is unique and has its own set of “Cattributes.” Players purchase different CryptoKitties and breed them together to discover new “Cattributes” where they can then trade their CryptoKitties with other players to create their own collection of rare NFTs.

While the gaming and sports sects of NFTs are becoming lucrative and popular markets, NFTs also take form in fine art, transforming the art world. Famous artists are turning their art into NFTs and selling them through the Ethereum chain, giving their buyers complete ownership of the digital artwork. While some of the art’s original form may be digital, even paintings and photos can be turned into NFTs. So, instead of purchasing material artwork, people have begun collecting art digitally and allowing the Ethereum blockchain to track the transaction and authentication of the piece.

From memes to GIFs, NFTs are changing markets across the globe, giving an entirely new meaning to digital art and the idea of being technologically-savvy.