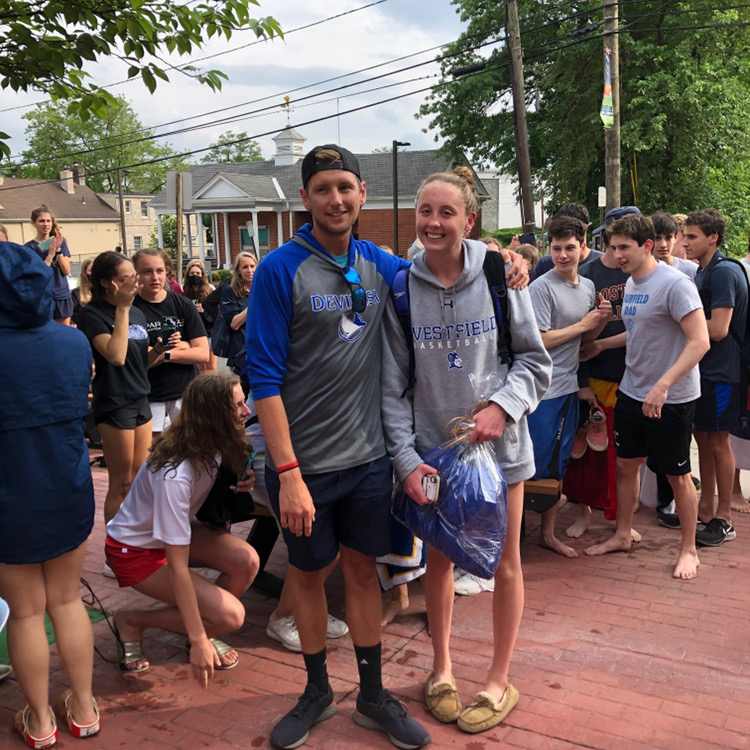 For the majority of athletes, making a varsity team is the goal. However, for WHS freshman Clare Logan, making the Olympics is a more appropriate goal. At the young age of 15-years-old, Logan successfully qualified for the 2021 Olympic Trials in the 50-meter freestyle. She competed on June 7 in the Olympic Swimming Trials in Omaha, Nebraska.

While Logan has always been a talented swimmer, she has never thought an opportunity of this magnitude could become a reality. “I would say it hasn’t really settled in yet; I kind of don’t think it’s actually happening,” said Logan in an interview with Hi’s Eye before she left for Omaha.

Logan began swimming lessons around the age of four and started swimming competitively for the local YMCA when she was seven. Only a couple of years later, Logan’s training regiment grew exponentially, demonstrating dedication to a craft.

“As I started training six days a week for around two hours a day, that’s where I saw my growth,” said Logan. “It’s very full time, and it definitely takes away from your social life. But seeing how the hard work pays off makes up for it.”

This work ethic has allowed her to outpace the competition, and at 10-years-old, she was able to detect her potential. “We have a competition called states every year, and when I was around 10, I think I got three first places,” said Logan.

Logically, as the hardware began to build up, her times began to drop. In order to qualify for the trials, Logan had to beat a time of 25.99 seconds in the 50-meter freestyle. She qualified with a time of 25.75 seconds, a personal best for Logan.

“When I hit the wall I could see the time on the board. At first, I actually looked at the wrong time, but once my coach told me I qualified it was really nice to experience it with my teammates and some of the other girls,” said Logan.

While Logan had established herself as a premier swimmer in the state, it was not until this year that an Olympic opportunity even seemed possible. “This year was when I realized that I had a chance…. my times have dropped dramatically,” said Logan. “I would give my coaches a good amount of credit because they have really helped me not only focus on my sprinting races but other races like the 200, along with them just being there at every practice.”

Yet, even with her massive commitment to swimming, the pool is not the only place where Logan makes athletic strides. On the basketball court, Logan plays for the WHS girls varsity team. With her last name being Logan, it is hard to ignore the athletic pedigree in her family. Both of Logan’s parents played basketball at the collegiate level, including her dad, Chris Logan, who was a fifth-round pick in the 1983 NBA Draft. To go along with that, Logan’s older brother, WHS junior Sean Logan, is one of the top rising seniors in Union County for basketball.

With all these basketball players, it was a surprise that Logan’s primary sport would end up being swimming. “I don’t think either of my siblings were really interested in swimming, but at an early age I was, so I just kept with it,” said Logan.

Maintaining her interest in swimming has resulted in incredible opportunities for Logan, and the experience of the Olympic Trials will motivate her to keep pushing her goals for the foreseeable future.

Although Logan did not qualify for the Olympics, she was able to advance to the finals of the trials and will take this experience as a reminder of what she can achieve in the upcoming years. For Logan, this is only the beginning.