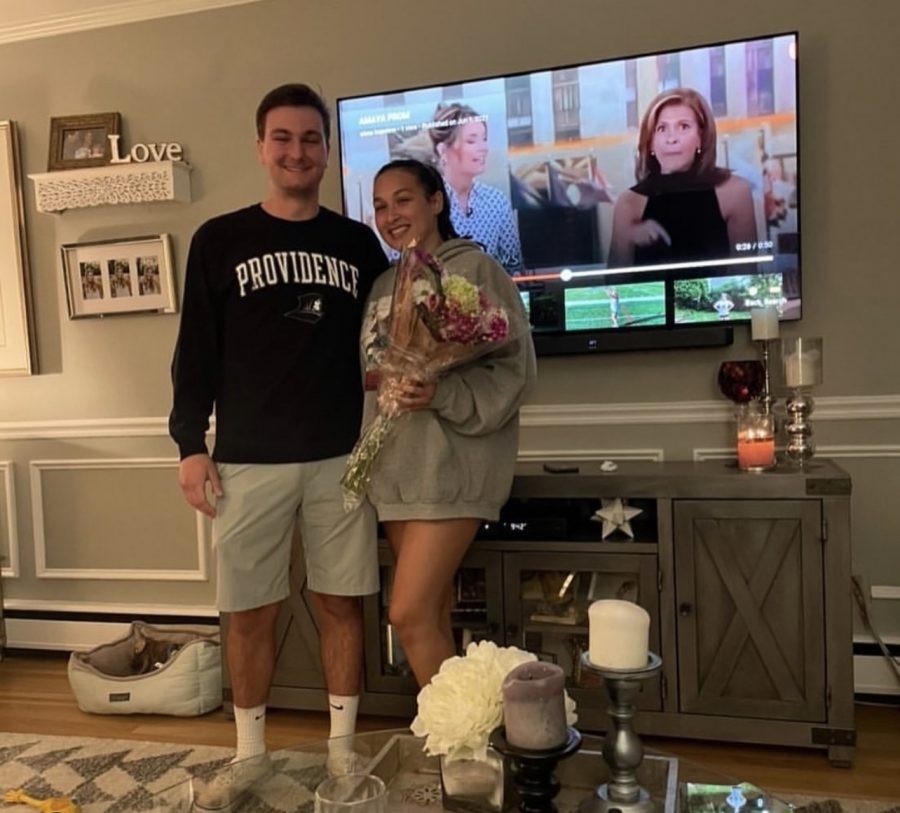 Wilkerson said, “My reaction when I initially received the promposal was shock. I wasn’t expecting something so sweet, yet extravagant; it’s definitely the most unique one I’ve seen in my four years here and it was really exciting.”

Promposals are creative ways to ask someone to prom. They gained popularity in 2007,  with many of the extravagant displays of affection going viral on social media. Now, there is even a National Promposal Day: March 11. Promposals can be as simple as a poster or can become much more complex, like Kotiga’s promposal. At WHS, all promposals can be found on Instagram @promposalsofwhs.

This year, WHS promposals included fun puns, food and the occasional pet, but none of them matched up to Kotiga’s innovative ask. “I wanted to do something original and since my dad works for the Today Show, he’s friends with a lot of the anchors on the show, so I asked him if he could help me out. He came up with the idea for the anchors to read off a script and make it seem like it was Breaking News,” Kotiga said.

Kotiga explained, “It was recorded before the show began. I did the promposal one night at Amaya’s friend’s house. Two of her friends and I put it up on the tv and then they told her that she had to watch something. Once the video ended I came out of my hiding spot and asked her if she would go with me.”

Some believe promposals have gotten out of hand, while others see them as harmless fun that builds up excitement for prom season. Kotiga added, “I think it’s a nice gesture. I feel like the girls really enjoy it and the boys don’t mind doing it. I also feel like it invokes a little bit of school spirit as well, because in a way, I feel like the promposals kind of get everyone ready and excite people for the prom.”

No matter the opinions on promposals, they have continued to grow in popularity across the country. For anyone at WHS who plans on attending prom with a date next year, and wants their idea to be as original as Kotiga, you may want to start planning now.