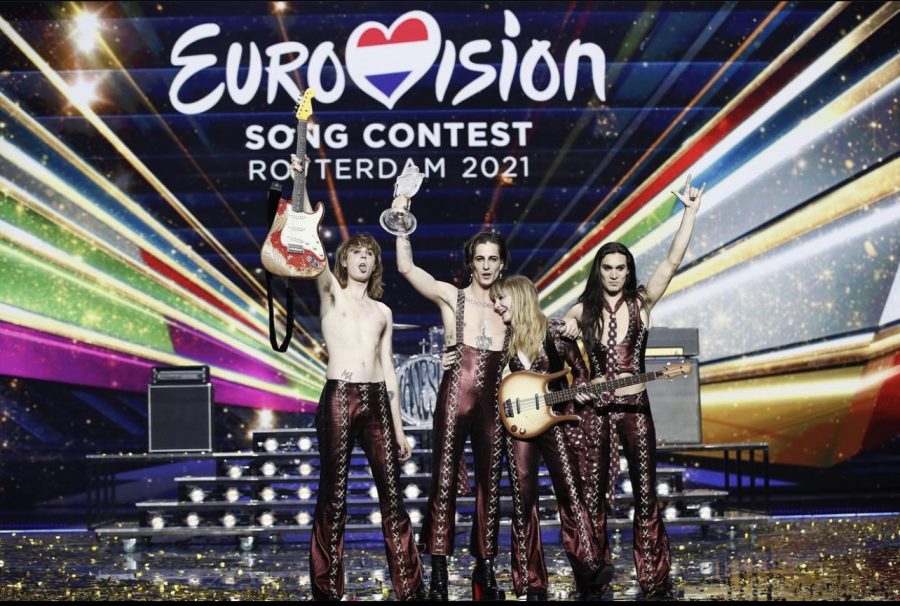 Back with a vengeance after being canceled in 2020, Eurovision did not disappoint in its comeback. Like many other events in 2020, the COVID-19 pandemic heavily affected the orchestration of the competition, as restrictions varied from country to country forcing some competitors to perform virtually.

Every year the Eurovision Song Contest is held in the previous winner’s representative country. This year, the contest was stationed in Rotterdam, Netherlands at the Rotterdam Ahoy, since Netherlands took the 2019 victory with the song “Arcade” by Duncan Laurence.

The contest included thirty-nine of the usual forty-one countries as Armenia and Belarus had to withdraw for political reasons. Each country submitted a song by a representative (either a band or individual) that was then performed live. Songs are usually performed in English, but singers can choose to perform in their native language.

The competition consists of each country performing in a semi-final which is scored by other countries’ chosen jury as well as a fan vote. The Eurovision website states, “Voters award a set of points from 1 to 8, then 10 and 12 to songs from other countries.”

With the usual “Big Six,” made up of the Netherlands, United Kingdom, Germany, Italy, France and Spain, qualifying for the final round this year, two semi-final groups consisting of sixteen and seventeen contestants performed their music. The best ten from each group then remained for the final round of twenty-six contestants.

This year France and Switzerland were both the most popular with the jurors, winning the most important twelve points from eight different countries. However, Italy walked away with the victory as they were given the most total points thanks to five twelve points in the fan voting.

Rock band Måneskin gave Italy its first Eurovision victory since 1990 with their song “Zitte e Buoni” (translated to shut up and behave) which is about releasing the band’s frustration with older generations criticizing younger adults’ new ways of life. The song was written and performed in Italian and members sported black leather jackets reminiscent of the ‘80s.

With COVID-19 restrictions being lifted across the world, the likelihood of the 2022 Eurovision Song Contest in Italy will hopefully allow for huge energetic crowds and more live performances for everyone to enjoy.