Ten movies to scare you this Halloween season 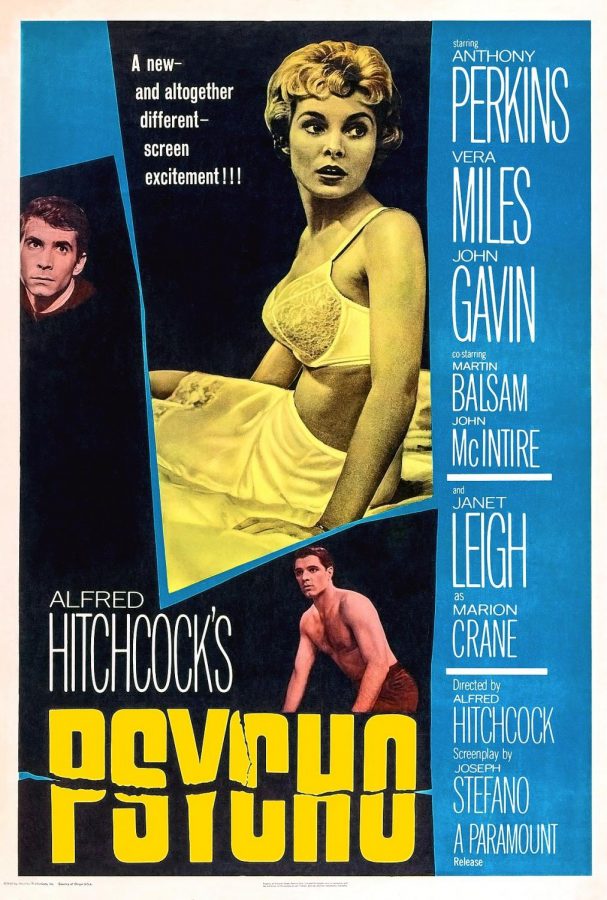 While most high school students would consider themselves too old for trick-or-treating and most Halloween traditions, this year’s celebration, which falls on a Sunday, is a perfect opportunity to sit back and enjoy one of many Halloween movies. Since there are plenty to choose from, I have personally selected ten that I know you will enjoy.

1. Halloween (1978), directed by John Carpenter. Everyone knows Michael Myers and the cult following he has received through the Halloween franchise and its absurd amount of sequels, but the original is the best (by far). Halloween follows Michael as he escapes a mental institution, and goes back to his hometown just in time for Halloween. The music keeps the viewers on edge throughout the film, and the camera shots always make you wonder, where is Michael?

2. The Shining (1980), directed by Stanley Kubrick. Every script Stanley Kubrick touches turns into a masterpiece, and this 1980 psychological thriller is no exception. Jack Nicholson stars as Jack Torrance, a writer and former alcoholic, who takes a job as caretaker of a hotel in Colorado, bringing his wife and son with him. Unbeknownst to Jack, his son, Danny, finds out he can communicate with former spirits haunting the hotel. Jack’s mental sanity slowly goes into a downward spiral as the film carries on and the hotel’s demonic forces take over. Nicholson does an excellent job portraying Torrance and his madness as he turns into his own worst nightmare.

3. The Exorcist (1973), directed by William Friedkin. Demonic possession is one of the most popular topics used in horror films, and Friedkin does a great job executing the horrifying reality of what a demonic possession could entail. After Regan MacNeil uses a Ouija board to contact dead spirits, she begins to exhibit strange behavior such as using obscene language, speaking languages she would not have known, and showcasing supernatural strength. Eventually, two priests are brought in to perform an excruciating exorcism (which is by far the most disturbing part of this movie). It has made viewers vomit and pass out, so be prepared.

4. Psycho (1960), directed by Alfred Hitchcock. This movie may be over 70 years old but it is still horrifying. A simple plot of a woman being murdered by a hotel owner slowly develops into something much more twisted. This black and white, low-budget film is expanded by its theme music during every tense moment and makes this watch a real nail-biter.

5. Evil Dead II (1987), directed by Sam Raimi. When a tape recording of an ancient curse accidentally goes off in Ash Williams and his girlfriend Linda’s cabin, a supernatural force that causes dead people to become “alive” is released. The rest of the plot follows Ash, as he attempts to fight off all the “deadites” unleashed from the curse in a horrific fashion. Raimi’s film does a great job of balancing dark comedy and horror to ease the tensions as the movie goes from fantasy to absurd in a blink of an eye. A must-watch.

6. Scream (1996), directed by Wes Craven. The ghostface mask is an iconic look for any kid on Halloween, but it holds a much more sinister meaning to those attending high school in the fictional town of Woodsboro. This horror flick, which also contains dark humor about stereotypical scary movies, follows high school students as they have to avoid being murdered by a slasher who’s looking to copy his favorite killings from every popular horror movie. This classic mystery has all the best features of a great horror movie, especially with its twist ending (no spoilers).

7. Frankenweenie (2012), directed by Tim Burton. Everyone loves the classic Frankenstein, but since that movie is almost one hundred years old, a new twist (involving a young boy and his bull terrier) is a more entertaining watch. When Victor Frankenstein’s dog Sparky is killed by a car, he uses his lab to inject a lightning bolt into the deceased canine, who is then reanimated. Victor’s life is changed from this moment forward as he realizes what he can do, and how he can change lives. This heart-felt, Halloween-themed movie is certainly different from the other horror movies on this list, but worth the watch.

8. It: Chapter One (2017), directed by Andy Muschietti. Every 27 years, Derry, Maine encounters a killer supernatural predator known as It, who can gather knowledge of children’s worst fears. It learns the worst fear of its prey and uses it to haunt them, most famously in the form of a horrifying psycho clown named Pennywise, who specifically loves to target a group of outcasts in the town of Derry. The children gather together to form a group called the Losers Club to finally put an end to Its terrifying reign, however, it is not so easy.

9. Nightmare on Elm Street (1984), directed by Wes Craven. If you’ve ever thought about how terrifying it would be to be murdered in your sleep, that is the unfortunate reality for the teenage characters in this Wes Craven flick. Robert Englund stars as child predator Freddie Krueger who, despite being dead, is able to satisfy his murderous thirst by killing children with his iconic finger knives while they sleep. Probably not fun for the whole family, but it sure is entertaining.

10. Friday the 13th (1984), directed by Sean S. Cunningham. Isolated at sleepaway camp, the killer in this movie has a personal vengeance against the camp, mainly against the former and current employees, and no one is safe. This mystery horror flick explores the truth behind who is killing all these “innocent” people at summer camp, where everyone is meant to be having fun. This classic sets up a slew of sequels and iconic slashers, but the original will truly have those around Camp Crystal Lake trembling.