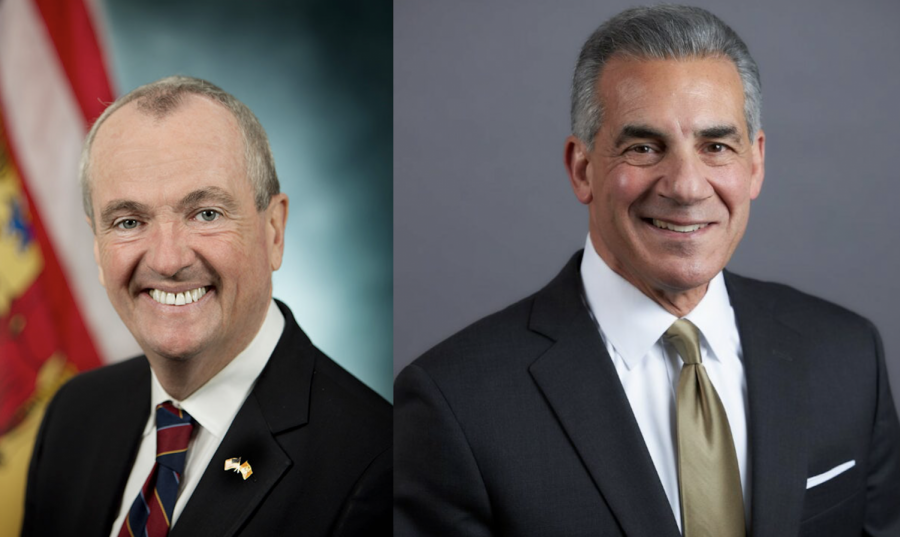 courtesy of nj.gov and insidernj.com

Incumbent Democrat Phil Murphy is running for his second term as governor of New Jersey. Former Republican State Legislator Jack Ciatarelli is running for the first time after serving in the New Jersey general assembly for seven years.

However, the results of these elections are ineffectual when the people are uninformed. AP U.S. Government and Politics Teacher Enrico Basso said, “If you have done your due diligence and you understand what issues are going to impact you now and 10 years from now, it is your job to vote. You should be an informed voter; you should know what you’re voting for.”

With the election coming up on Nov. 2, here is a list of the two candidates’ policies and their promises.

Governor Murphy supports enforcing stay-at-home orders during COVID-19 outbreaks. He also supports requiring masks in public and mandating vaccines for businesses where employees are at a high risk of being exposed to COVID-19.

Ciattarelli does not support masks in public or requiring vaccines in any aspect, no matter the individual’s risk.

Governor Murphy wants to institute a mandatory buyback of “assault style” weapons and much stricter background checks compared to the current system.

Ciattarelli does not support any buy-back of any firearms nor does he advocate for stricter reform on gun control regulation proposed by Murphy. He hopes to speed up gun permit application processes with “fast track” status for applicants who face imminent danger, like victims of domestic violence.

Governor Murphy supports continued funding for Planned Parenthood along with several legal issues involving reproductive rights. For example, he is in favor of the treatment of marital rape to be criminally the same as non-marital rape.

Ciattarelli has not officially endorsed nor attacked Planned Parenthood, but has repeatedly voted against state legislation acts aiming to make reproductive health services more accessible, such as the Reproductive Freedom Act.

Governor Murphy wants Diversity, Equity and Inclusion (DEI) to be taught in K-12 and wants to increase environmental protection regulation such as carbon emissions.

Ciattarelli does not want DEI to be taught to anyone, in school or in the workplace. He also takes a less progressive stance on environmental regulation, having voted against and opposed propositions like rejoining the Regional Greenhouse Gas Initiative.

Ciattarelli wants to require photo-ID for voters. He also wants to allow the President to authorize the military to disband protests, also known as the suspension of Posse Comitatus.

Governor Murphy does not support banning Muslim immigrants or restricting healthcare no matter of their citizenship status. He also does not support the suspension of Posse Comitatus in any sense.

Governor Murphy wants to raise the Federal Minimum wage to $15.00 an hour despite the New Jersey minimum wage only being $12.00 an hour. He also wants to raise income tax to 10.75% for every dollar made between one and five million, with five million and above already set at 10.75%. Cutting interest on student loans and providing subsidized government healthcare for illegal immigrants are two more goals he intends to accomplish.

Ciattarelli wants to do the exact opposite of Murphy. He wants to keep the minimum wage where it is and does not want to touch student loans or illegal immigrant healthcare. However, he has not promised any tax cut for the middle and lower class.

Governor Murphy wants to redirect all funding for local police departments to other institutions he views more important. He has also called for reform of the justice department, but has not provided specific details on what he wants to change.

Governor Murphy does not want to provide any police departments with “military grade” equipment in fear of putting civilians at unnecessary risk.

Ciattarelli advocated to reform any law that violates an individual’s constitutional right to due process, but has no current concrete plans on altering the criminal justice system in place.