Spider-Man: No Way Home finds its way to theaters 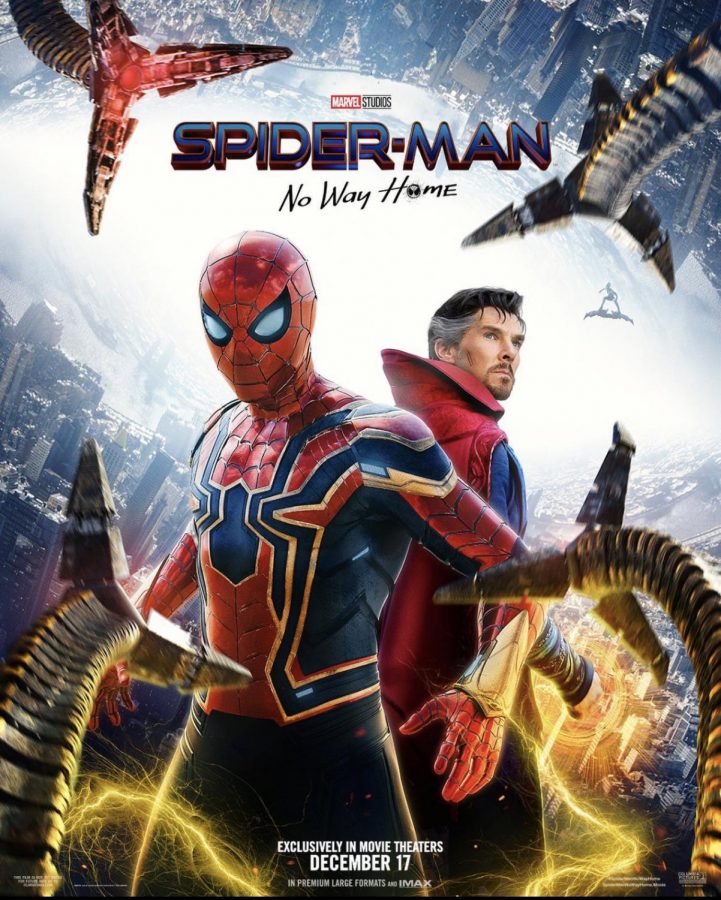 One of, if not the most, anticipated movie of the year is coming out today (Dec. 17): Spider-Man: No Way Home. This is the eighth installment of the Spider-Man series. The film is expected to generate $200 million opening weekend and rightfully so. The top two movies with the highest opening weekend box office are both Marvel films, Avengers: Endgame and Avengers: Infinity War.

Besides the popularity of Marvel films in general, this movie has been hyped up for a while due to the introduction of concepts never before seen in Marvel films and the return of popular characters. Tom Holland will be returning as Spider-Man, along with Jake Gyllenhaal as Mysterio and Benedict Cumberbatch as Doctor Strange.

The trailer-confirmed storyline of the film involves Peter Parker dealing with the fallout of Mysterio revealing his identity. Not only has it affected his safety, but he must also find ways to fix how this reveal has harmed his loved ones.

Due to the turmoil, Parker turns to Doctor Strange who makes a big mistake in his efforts to help Parker. One of Doctor Strange’s spells goes wrong and opens up their current universe to all of the other Marvel Universes.

This is where the new speculation and anticipation of fans comes into play. The concept of a Multiverse opens up a world of possibilities (no pun intended) and fans have been exploring almost all of them. With Marvel universe villains such as Alfred Molina’s Doctor Octopus, Willem Dafoe’s Green Goblin and Jamie Foxx’s Electro featured in the trailers, the conversation amongst fans is that there will be an appearance by two of the former Spider-Men. Many fans hope that both Toby Maguire’s and Andrew Garfield’s characters will make appearances in the film.

With this film being a large undertaking due to the introduction of the multiverse, there are high expectations. This movie could prove to be a big win, or an even bigger flop, for the franchise.