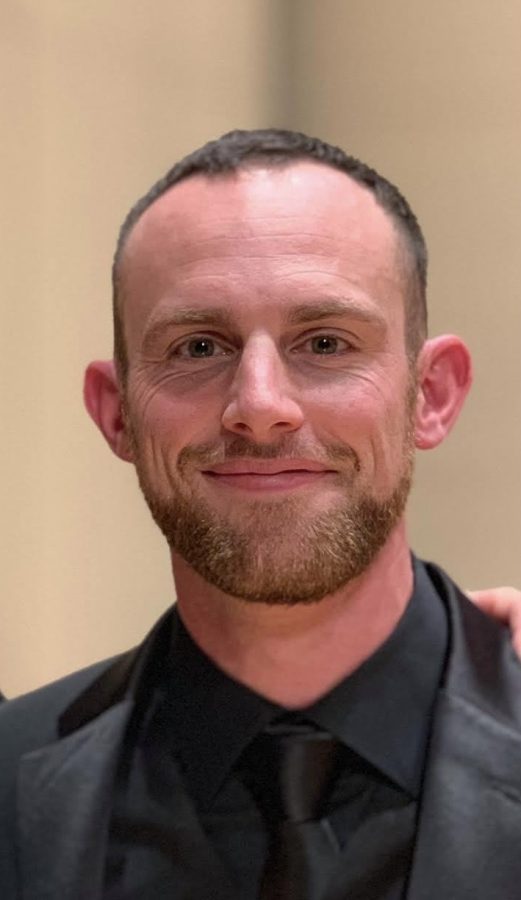 Unlike his students, WHS Band Director Chris Vitale was taken by surprise when he was named to Yamaha’s annual “40 Under 40” program. The program recognizes 40 outstanding music educators each year under the age of 40 who have improved their school music programs.

“I was shocked.” Unlike his students, WHS Band Director Chris Vitale was taken by surprise when he was named to Yamaha’s annual “40 Under 40” program. The program recognizes 40 outstanding music educators each year under the age of 40 who have improved their school music programs.

“One of the great things that [students] get out of band is being part of a large group. There’s kind of a corporate nature to what we do. We’re part of a large team and everyone’s working on their small thing that contributes towards creating this art. Learning how to be a role-player can be really beneficial to students when they leave high school, even if they’re not going into music,” explained Vitale.

The emphasis Vitale puts on hard work and leadership has brought out the best in both individual members and the group as a whole. This past year the WHS marching band became a three-time regional finalist in the Bands of America competition.

“He always pushes us to be the best that we could possibly be, always finding new ways to help us improve,” said senior flutist Sammy Bauer.

Bauer, like many other band members, has had Vitale as a teacher for the past four years and getting to see his students trans- form from ninth graders to adults is what Vitale cited as the most rewarding part of his job.

Since Vitale started working at WHS ten years ago, the Westfield band program has grown immensely. There are now three concert bands with over 200 members, in addition to a 130-member marching band. Vitale attributed this growth to the efforts of his colleagues, thanking the middle school and elementary school directors for encouraging younger students to take up music.

Vitale currently works alongside Co-Director Trevor Sindorf, who played a key role in scoring Vitale this recognition. “Westfield colleagues, teachers from across Central Jersey, parents, alumni and current students all wrote letters nominating him for this honor. I don’t think it’s a mystery why people supported Vitale’s nomination. He supports them. He demonstrates everyday that he cares deeply for others,” said Sindorf.

What does Vitale hope to accomplish in the next 40 years? “Probably retire as early and comfortably as possible,” he said with a laugh. “I’m only kidding. I hope that I can continue to make the experience better for my students and bring more eyes to what we’re doing here, so that people can see and hear all of the great things our band students do.”