N.J. gas prices make for a pain at the pump 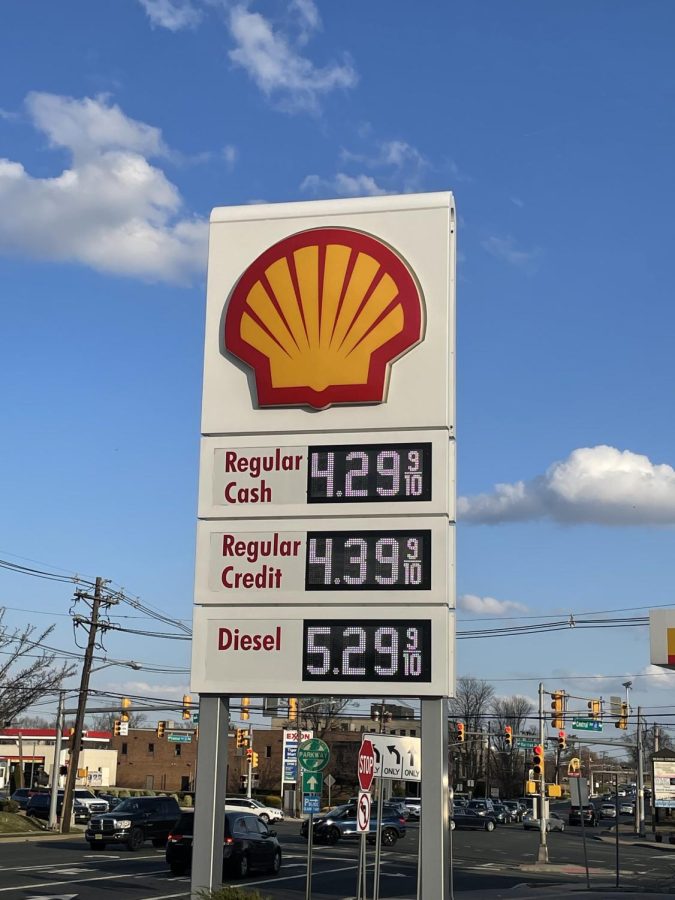 Over the past few years, the United States has made an effort to cut gas production as part of an environmental initiative. The drop in gas production would traditionally result in a rise in prices; how- ever, the sudden drop in travel during the pandemic reduced the demand for gas, offsetting prices.

Now, with people resuming their pre-pandemic travel habits, demand is rising again. This, coupled with the sanctions the U.S. recently placed on Russia’s oil and gas imports, has caused the rapid acceleration in prices at the pump.

Like many other states, N.J. gas prices have significantly increased since the start of 2022. According to nj.com, prices broke the previous record of $3.99 set in 2008 when the cost of gas rose to $4.09 per gallon on March 6. Since then, prices have reached as high as $6.79 in some parts of the state. This increase in price has had a large impact on all drivers, especially workers who have long commutes and teenagers who pay for their own gas.

Environmental Science and Forensics Teacher Dr. Susan Terra commutes every day from Seaside Heights. “The drive takes one hour from door to door…Last Monday to fill up my car instead of being $22, it was $47 and I fill up my car twice a week,” Dr. Terra said.

Though students’ commutes are not particularly far, footing the gas for one’s vehicle can be quite pricey. Senior Jack Price, who pays for his own gas, said, “For a high schooler it’s annoying because I don’t work 24/7 and having to pay $80 to fill up every week or two is a big hit. It just adds a lot of stress to normal life because I have to drive everywhere like school, work and to friends’ houses.”

The skyrocketing cost of gas has also impacted food delivery, making this convenient service more expensive. On March 16, Uber Eats added a temporary surcharge on each order ranging between $0.35 and $0.45. Rideshare platforms like Uber and Lyft have also imposed similar fuel surcharges to offset the uptick in gas prices.

Despite the frustration, there is some optimism ahead. Prices have started to come down a bit; the average price of gas in N.J. dropped to an average of $4.25 on March 18. Some New Jersey politicians have also begun introducing legislation that would help consumers combat the high prices or reduce them in general.

State Senator Shirley Turner announced plans for legislation that would roll back New Jersey’s gas tax for 60 days. Other powerful voices, such as Congressman Frank Pallone Jr., have raised concerns about the oil industry taking advantage of the Ukraine crisis as a means to increase their own profits. Pallone Jr. asked oil company executives to justify their high prices at a hearing on April 6.

While gas prices remain high, the quest to find the cheapest gas possible is on. Gas price-finders, like GasBuddy, Geico, Google Maps and Waze are helpful tools for finding the best-priced gas around as they give a full breakdown of prices nearby.

Though the future of gas prices is uncertain and prices are still high compared to a few months ago, they are coming down nonetheless.